We could’t wait to share with you the first part of our 2021/2022 Season: great artists, two streams dedicated to Josquin and Bach and a surprise preview at Casa Romei…

“A new Season, which the audience will be at last able to enjoy, following the remarkable past of our institution, founded by Claudio Abbado in 1989.”

The Season’s opening will be entrusted to the European Union Youth Orchestra during the usual autumn residency. EUYO will play two concerts featuring David Zinman and Laura Marzadori (18 September) and Sascha Goetzel (22 September). These concerts will be preceded by two informal events: The Exploded Orchstra! (12 September), a sort of open rehearsal led by Peter Stark and Ambra Bianchi during which the orchestra will be “taken apart” to show to the audience how complicated its inner mechanisms are, and More than just classical! (19 September), an afternoon dedicated to great composers and their work, led by musicologist Fabio Sartorelli and Sascha Goetzel.

Many great artists will be back and we will be pleased to welcome once again Martha Argerich, playing along with the Manchester Camerata, Gábor Takács-Nagy and Sergej Nakariakov (20 September).

In the course of the Season we will be able, at last, to enjoy the concerts rescheduled after the Covid emergency. Alexander Lonquinch will play all of Beethoven’s Piano Concertos together with the Orchestra da Camera di Mantova on 18 October and Richard Galliano will be on stage on 4 October, accompanied by the Solisti Aquilani for a concert dedicated to Astor Piazzolla.

The first part of the Season will also include two “streams” dedicated to two masters of the past: Josquin500, which started in april to celebrate the great Josquin Desprez 500 years after his death, will come to an end with the concert by the ensemble Odhecaton and Paolo Da Col (3 October) and it will be followed by a series of concerts focused on J. S. Bach. In the course of the series we will welcome the Akademie für Alte Musik Berlin and Isabelle Faust (6 and 7 December) and cellist Enrico Dindo (8 November).

The programme will remark our attention for contemporary musical languages: on 3 November Marcello Panni will lead a concert dedicated to Luciano Berio, playing his Laborintus II and Visage, as well as Berio’s transcription of Monteverdi’s Combattimento di Tancredi e Clorinda.

“Beauty suddenly appears to us like an enchanting vision, unexpected. Josquin’s distant polyphonies echo again in the halls of Palazzo dei Diamani, 500 years after his death. There appears Martha Argerich and there Isabelle Faust. Berio and Monteverdi, Piazzolla’s bandoneon, Tchaikovsky’s Pathétique, Bach’s Brandenburg Concertos, Beethoven’s Piano Concertos, all of them are like destinations in a journey to make in order to be amazed in an amazing city.”

The proper Season will be preceded by an exceptional preview! For the first time in our history, we organized an open air summer series consisting of three concerts at Casa Romei: you can read more about that here. 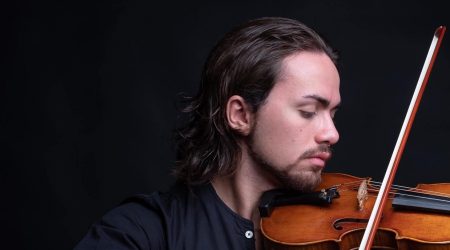 On February 9 we will be glad to welcome on our stage Giuseppe Gibboni winner of the renowned Paganini Prize...
Read more + 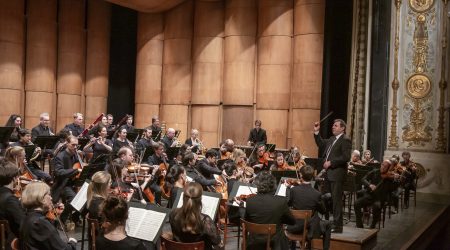 After three years from their last appearance on our stage, Daniele Gatti and the Mahler Chamber Orchestra will be back...
Read more + 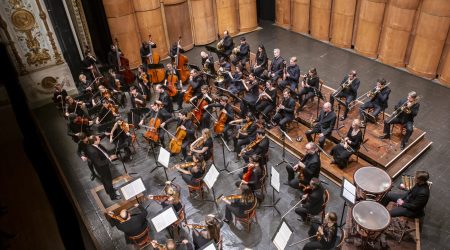 From January to May 2022, our programme will feature great orchestras and exceptional artists appearing in eleven events you can’t...
Read more +